Babies are especially vulnerable to certain diseases. Therefore, early care will allow a diagnosis and effective treatment to control problems such as respiratory diseases of the newborn.

According to the study “Respiratory disorders in the newborn, respiratory problems are quite frequent in newborn babies. Something that may surprise us at first.

These respiratory diseases of the newborn need early attention, as they can be life-threatening. Today we will discover some of the most frequent and how they can be treated.

This first of the respiratory diseases of the newborn can affect an entire lung or just a part. The problem is that there is an irreversible rupture of the alveolar partitions, causing the air to disperse. This occurs spontaneously, usually in newborns receiving ventilatory therapy. Sometimes it appears in babies who have a weight much lower than recommended for their health.

The most used treatment is to place the newborn on his or her side (the one with the affected lung) to collapse it and favor its healing. An endotracheal tube can also be inserted into the unaffected lung so that the other can be cured.

This second respiratory diseases newborn usually have higher incidence in preterm infants. The problem is that the air is trapped in the peribronchial spaces, compressing the airways.

This trapped air usually escapes to the area between the lung and the chest wall, which is known as the pleural space. Given this, the newborn usually presents a bluish skin color, called cyanosis.

This disease is an emergency, since the chances of the newborn dying are quite high. The solution is usually to introduce a catheter in the baby’s chest to extract the air that has escaped into the pleural space.

This third of the respiratory diseases of newborns lasts little, less than 24 hours. As in the previous case, the baby may have blue skin and this is due to the fluid that is still in his lungs. Although a large part of this fluid is removed by the baby’s breathing, newborns by caesarean section or premature babies may have difficulty eliminating it quickly.

The treatment is usually constant monitoring and provide oxygen to the newborn. Rapid breathing will be a feature present in this disease. During treatment, the baby should receive fluids and nutrients intravenously. 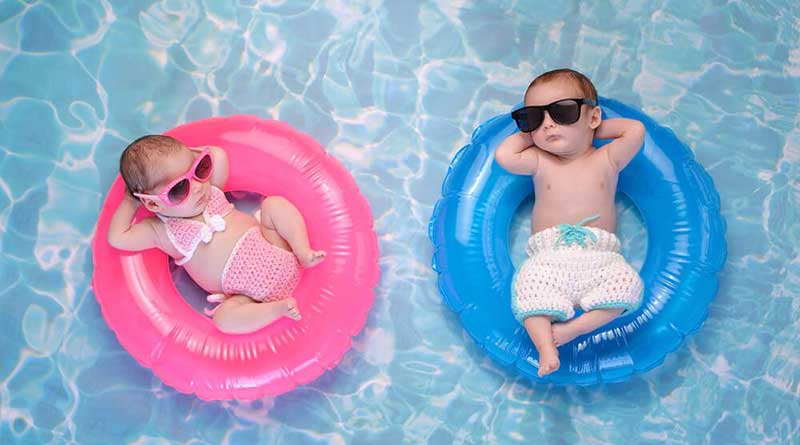 Other respiratory diseases of the newborn

We have talked about three respiratory diseases of the newborn quite different from each other. However, due to the number of problems of this type that may exist, we are going to summarize other diseases that may be present in the newborn.

These are some of the respiratory diseases that newborns may suffer. Early diagnoses will always be important for quick action. The medical team will perform the relevant tests to evaluate the most appropriate treatment.